What is a Binary Search Tree?

The binary search tree is an advanced algorithm used for analyzing the node, its left and right branches, which are modeled in a tree structure and returning the value. The BST is devised on the architecture of a basic binary search algorithm; hence it enables faster lookups, insertions, and removals of nodes. This makes the program really fast and accurate.

In this Data Structure tutorial, you will learn:

A BST is made of multiple nodes and consists of the following attributes: 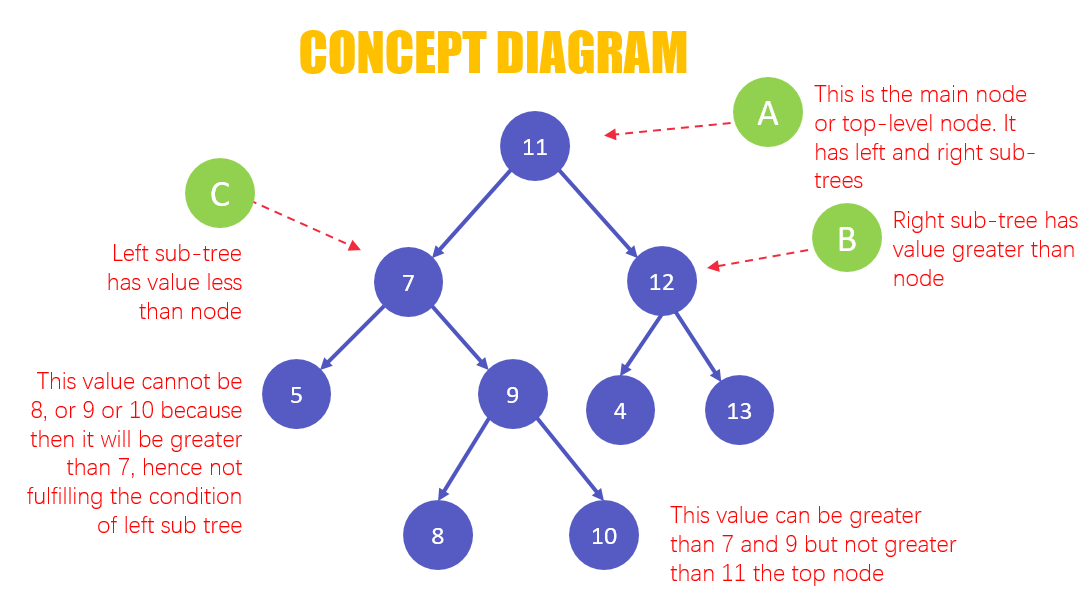 Why do we need a Binary Search Tree?

Three kinds of binary trees are:

Learn more about Binary Tree in Data Structure if you are interested.

Depends upon the element to be inserted, search, or deleted, after the comparison, the algorithm can easily drop the left or right subtree of the root node.

BST primarily offers the following three types of operations for your usage:

Each operation has its own structure and method of execution/analysis, but the most complex of all is the Delete operation.

Always initiate analyzing tree at the root node and then move further to either the right or left subtree of the root node depending upon the element to be located is either less or greater than the root. 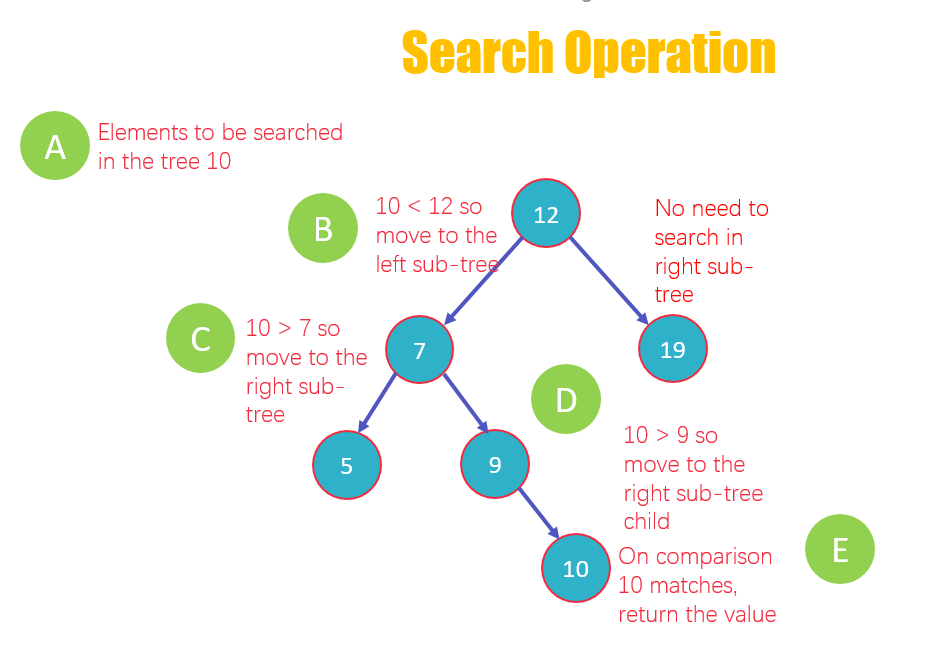 Pseudo Code for Searching in BST:

Pseudocode for Inserting a Node in BST: 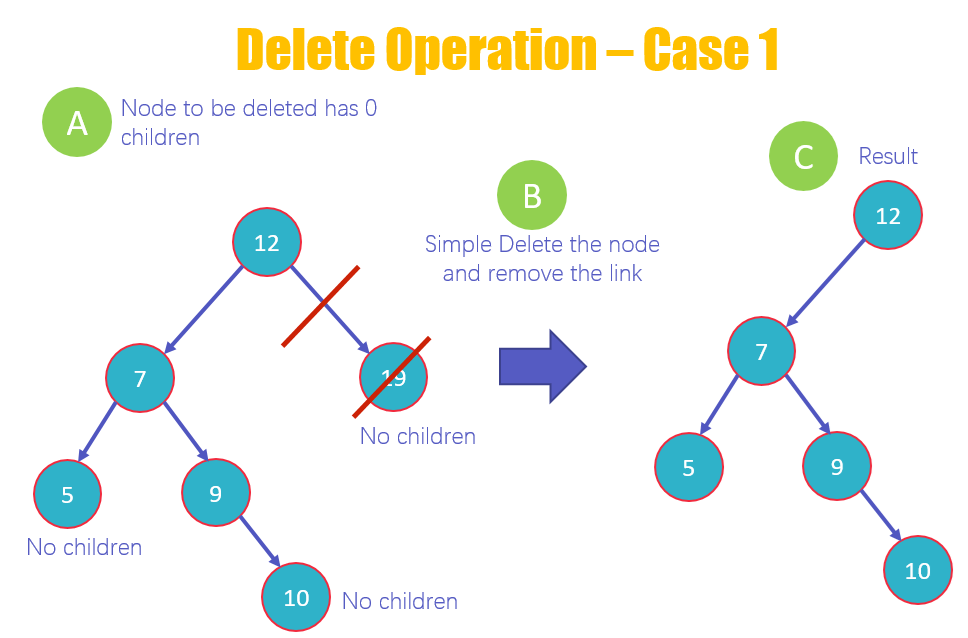 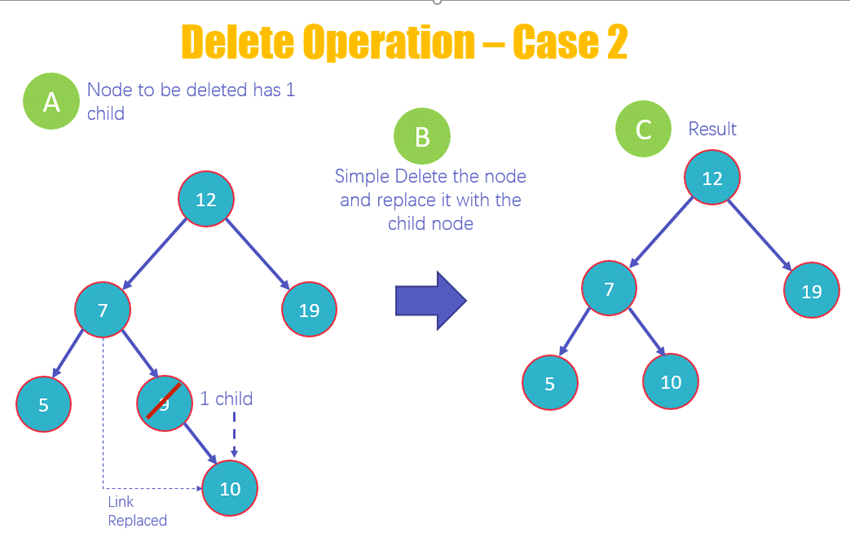 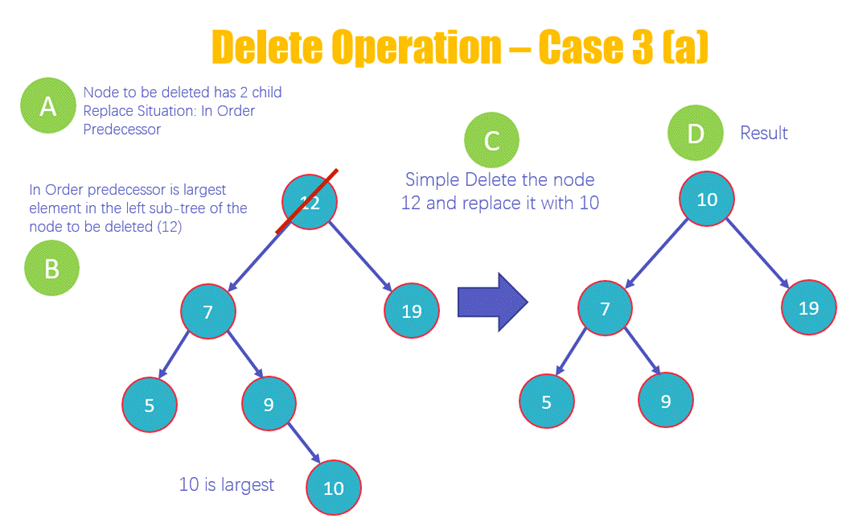 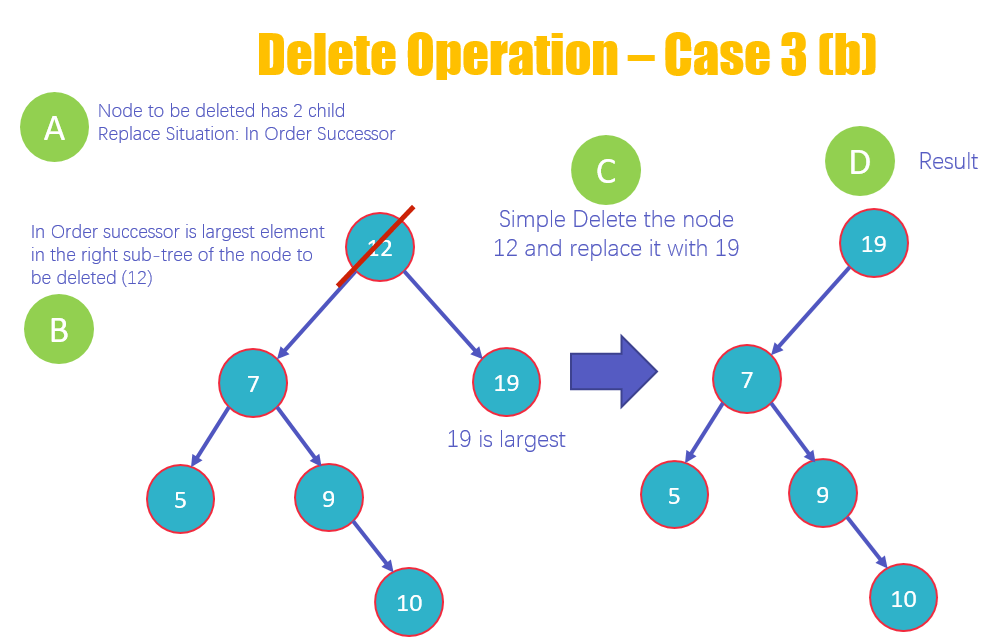 Pseudo Code for Deleting a Node: