What are sub queries?

A common customer complaint at the MyFlix Video Library is the low number of movie titles. The management wants to buy movies for a category which has least number of titles.

It gives a result

Let’s see how this query works 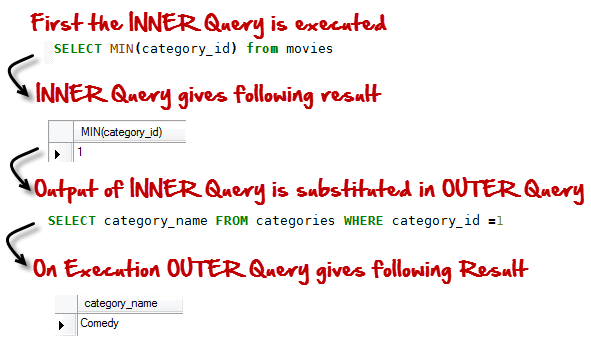 The above is a form of Row Sub-Query. In such sub-queries the , inner query can give only ONE result. The permissible operators when work with row subqueries are [=, >, =, <=, ,!=, ]

Let’s look at another example ,

Suppose you want Names and Phone numbers of members of people who have rented a movie and are yet to return them. Once you get Names and Phone Number you call them up to give a reminder. You can use a query like

Let’s see how this query works 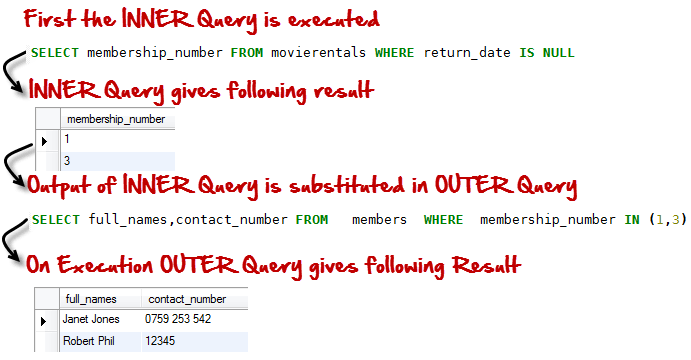 In this case, the inner query returns more than one results. The above is type of Table sub-query.

Till now we have seen two queries , lets now see an example of triple query!!!

Suppose the management wants to reward the highest paying member.

The above query gives the following result –

When compare with Joins , sub-queries are simple to use and easy to read. They are not as complicated as Joins

Hence there are frequently used by SQL beginners.

But sub-queries have performance issues. Using a join instead of a sub-query can at times give you upto 500 times performance boost.

Given a choice, it is recommended to use a JOIN over a sub query. 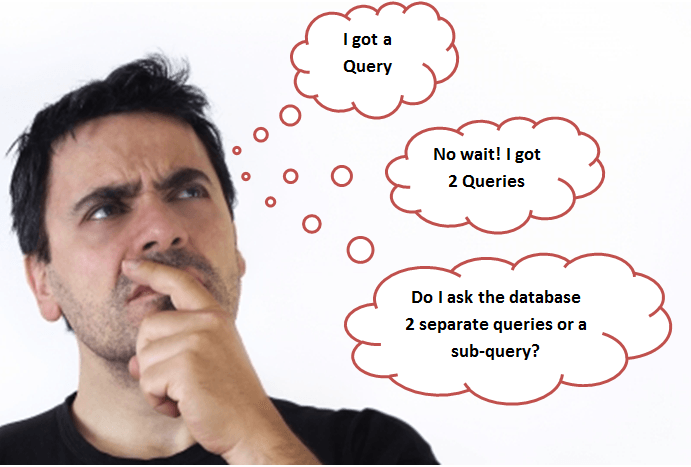