Before we learn more about SAP BI Architecture, lets learn about 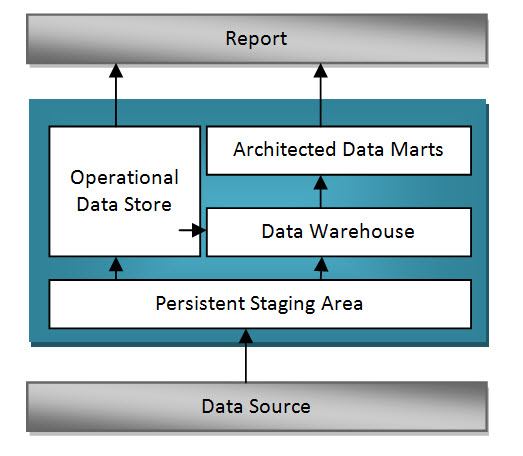 The data extracted from the Source Systems first enters into the Persistent Staging Area. The data at this layer is the raw data which is in unchanged form. The data is consolidated and cleansed only in the next layers.

Staging area is a temporary table that holds the data and connects to work area or fact tables. In the absence of staging area the data load will have to go from the OLTP system to the OLAP system directly which hamper the performance of OLTP system.

Data from the Persistent Staging Area is loaded into the DataWareHouse Layer. It has Corporate information repository. Data in this layer is stored for a longer period.i.e,Entire History data (for example, last 5 years data) is stored here in this layer.No aggregation of reporting-relevant data;the granularity of the data stored in this layer is at line-item (detailed) level.

Architected Data Mart Layer also known as Infocube. It is designed to store summarized and aggregated Data for long period of time. Data from the Data Warehouse Layer is loaded into the Architected Data Mart Layer. It is used in Analysis and reporting. The data is at a high level relevant for creating reports displaying these data. Data manipulation with business logic is done at this layer. It consists of a central fact table(Key Figures) surrounded by several dimension tables, it is used to support BW queries

Business Intelligence is a core component of SAP NetWeaver. The figure below shows the key components of a BI system. 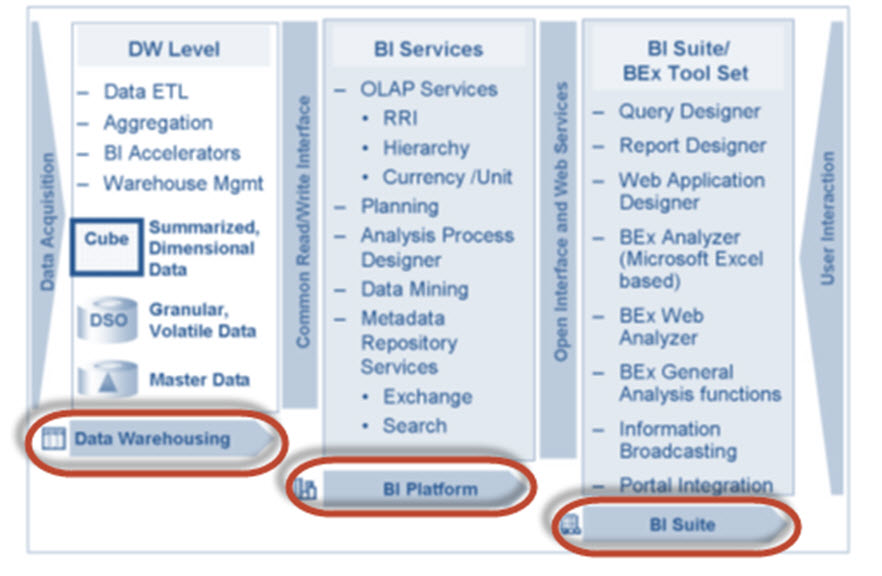 The following areas in the Business Explorer can be used for Data Analyses:

Application Server: The application server is based on the OLAP processor. It is used to retrieve data stored in the database server. 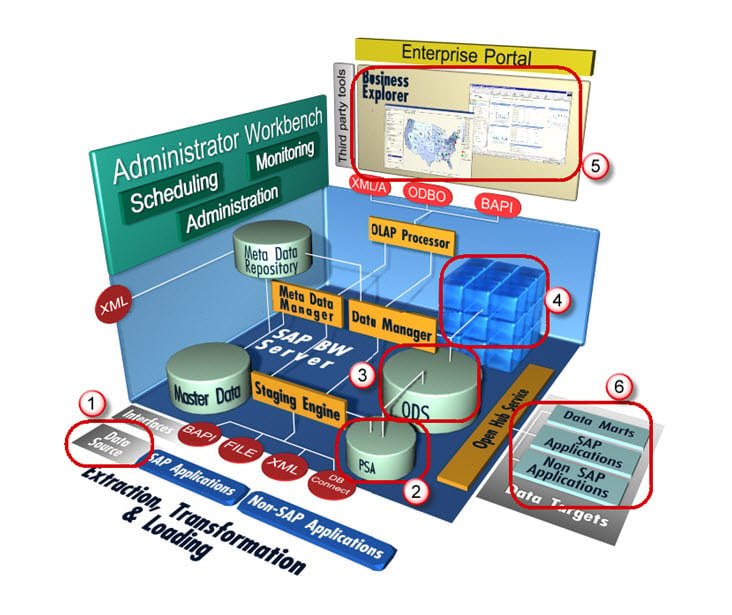