Maven is an automation and management tool developed by Apache Software Foundation. It is written in Java Language to build projects written in C#, Ruby, Scala, and other languages. It allows developers to create projects, dependency, and documentation using Project Object Model and plugins. It has a similar development process as ANT, but it is more advanced than ANT.

Maven can also build any number of projects into desired output such as jar, war, metadata.

It was initially released on 13 July 2004. In the Yiddish language, the meaning of Maven is “accumulator of knowledge.”

In this Maven tutorial for beginners, you will learn Maven basics like:

How can Maven benefit my development process?

Maven helps the developer to create a java-based project more easily. Accessibility of new feature created or added in Maven can be easily added to a project in Maven configuration. It increases the performance of project and building process.

The main feature of Maven is that it can download the project dependency libraries automatically.

Below are the examples of some popular IDEs supporting development with Maven Framework:

Processes which can manage using maven: 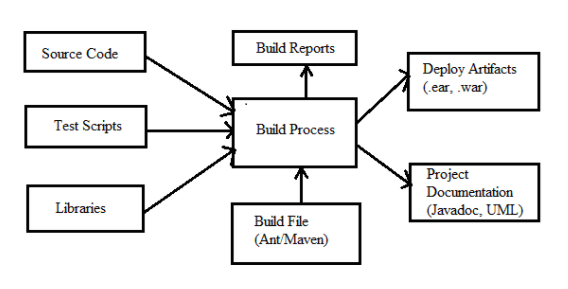 How to use Maven

Steps/process involved in building the project: