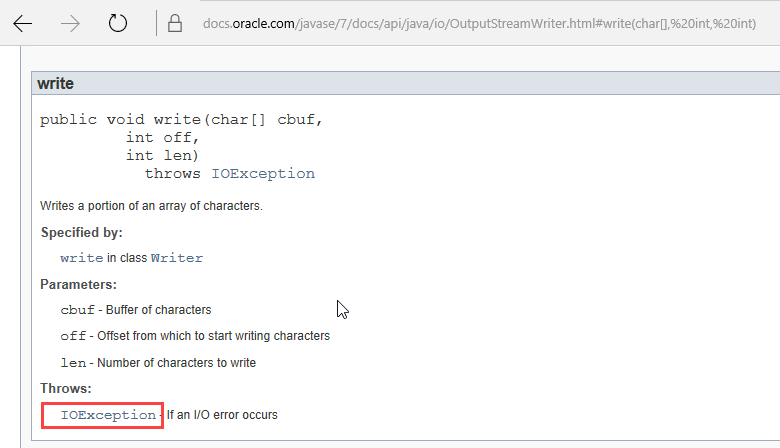 In your program, you will handle this exception using try & catch.

If you do not handle the exception in a try catch block, compiling will fail. But almost every other method in the java library or even user defined may throw an exception or two.

Handling all the exceptions using the try and catch block could be cumbersome and will hinder the coder’s throughput.

So java provides an option, wherein whenever you are using a risky piece of code in the method definition you declare it throws an exception without implementing try catch.

Consider the same example as above with throws in the method declaration.

Note: To successfully the above codes, first create an empty text file with name Data1.txt in your C drive. In sum, there are two methods to handle Exceptions.

If either of the above two is not done, the compiler gives an error. The idea behind enforcing this rule is that you as a programmer are aware that a certain piece of code could be risky and may throw an exception.

What is the difference between throw and throws?

The “Java throw keyword” is used to declare an exception. For any method that will “throw” an exception, it is mandatory that in the calling method, you use throws to list the exception thrown.