What is JMeter? Why it is used?

The Apache JMeterTM is pure Java open source software, which was first developed by Stefano Mazzocchi of the Apache Software Foundation, designed to load test functional behavior and measure performance. You can use JMeter to analyze and measure the performance of web application or a variety of services. Performance Testing means testing a web application against heavy load, multiple and concurrent user traffic. JMeter originally is used for testing Web Application or FTP application. Nowadays, it is used for a functional test, database server test etc.

Have you ever tested a web server to know how efficiently it works? How many concurrent users can a web server handle?

Let say that one day, your boss asks you to do performance testing of www.google.com for 100 users. What would you do? 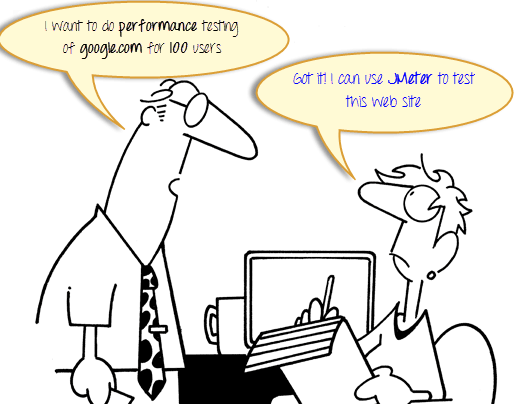 It’s not feasible to arrange 100 people with PC and internet access simultaneously accessing google.com Think of the infrastructure requirement when you test for 10000 users (a small number for a site like google). Hence you need a software tool like JMeter that will simulate real-user behaviors and performance/load test your site.

JMeter advantages are described as figure below 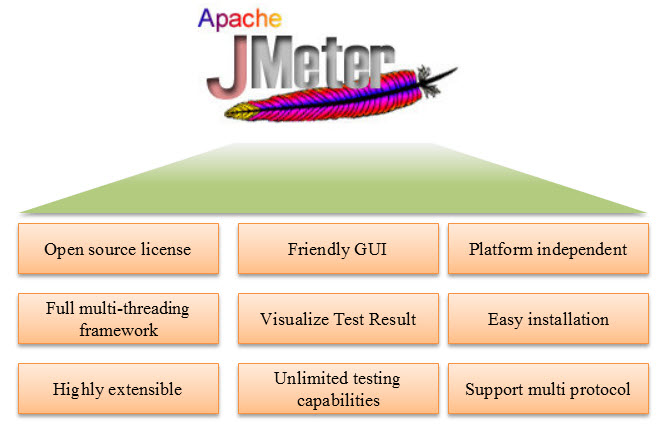 How does JMeter work?

The basic workflow of JMeter as shown in the figures below

JMeter simulates a group of users sending requests to a target server, and return statistics information of target server through graphical diagrams 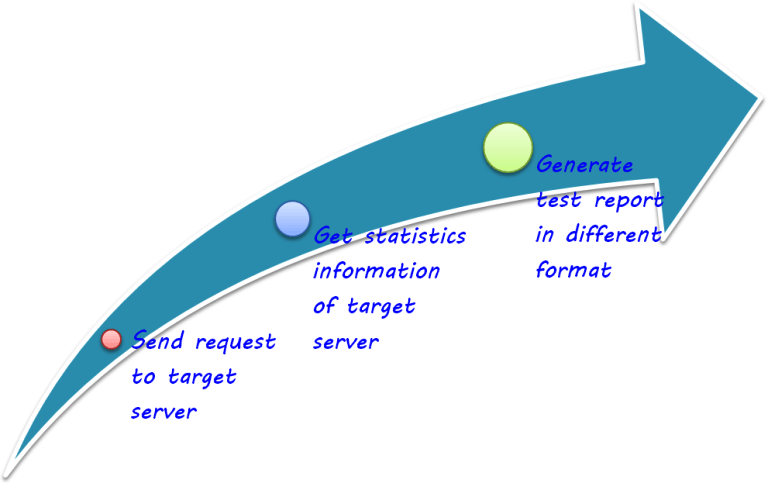 The completed workflow of JMeter as shown in the figure below 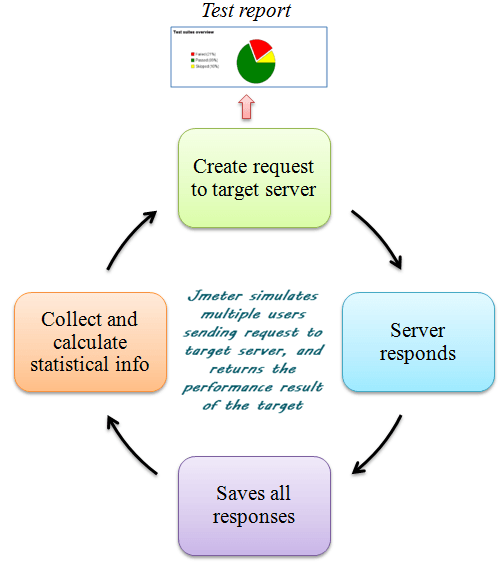