What is Continuous Integration (CI)?

Continuous Integration is a software development method where team members integrate their work at least once a day. In this method, every integration is checked by an automated build to detect errors. This concept was first introduced over two decades ago to avoid “integration hell,” which happens when integration is put off till the end of a project.

In Continuous Integration after a code commit, the software is built and tested immediately. In a large project with many developers, commits are made many times during a day. With each commit code is built and tested. If the test is passed, build is tested for deployment. If the deployment is a success, the code is pushed to Production. This commit, build, test, and deploy is a continuous process, and hence the name continuous integration/deployment.

In this CI tutorial, you will learn:

What is Continuous Delivery (CD)?

Continuous Delivery is a software engineering method in which a team develops software products in a short cycle. It ensures that software can be easily released at any time. The main aim of continuous delivery is to build, test, and release software with good speed and frequency. It helps you to reduce the cost, time, and risk of delivering changes by allowing for frequent updates in production.

What is the difference between CI and CD?

Here are key differences between development using CI or without CI:

Difference between Compilation and Continuous Integration

While compilation only compiles a code, CI does the following activities

Compilation is the process the computer takes to convert a high-level programming language code into a machine language that the computer able to understand. It ensures a code compiler on every target platform.

When do I build?

What steps are in continuous integration?

What do you need to conduct CI process? 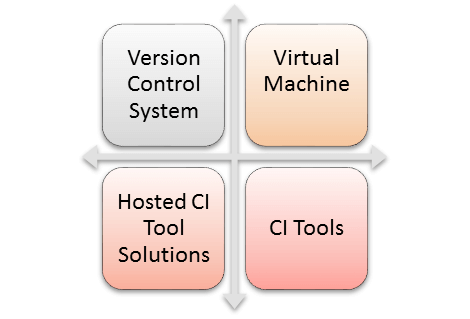 Here, are the key elements which you need to perform the entire CI process:

You are surely aware of the old phone Nokia. Nokia used to implement a procedure called nightly build. After multiple commits from diverse developers during the day, the software built every night. Since the software was built only once in a day, it’s a huge pain to isolate, identify, and fix the errors in a large codebase.

Later, they adopted the Continuous Integration approach. The software was built and tested as soon as a developer committed code. If any error is detected, the respective developer can quickly fix the defect.

Here, are important features and benefits of Continuous Integration:

Here, are some important best practices while implementing

Here, are some most essential CI/CD tools:

Jenkins is an open-source continuous integration software. It is written using the Java programming language. It facilitates real-time testing and reporting on isolated changes in a more massive codebase. This software helps developers to quickly find and solve defects in their codebase & automate testing of their builds.

Bamboo is a continuous integration build server that performs – automatic build, test, and releases in a single place. It works seamlessly with JIRA software and Bitbucket. Bamboo supports many languages and technologies such as CodeDeply, Ducker, Git, SVN, Mercurial, AWS, and Amazon S3 buckets.

TeamCity is a Continuous Integration server that supports many powerful features. It maintains a CI server healthy and stable even when no builds are running. It provides better code quality for any project