What is an Assertion?

Assertion help verifies that your server under test returns the expected results.

Following are some commonly used Assertion in JMeter:

The response assertion lets you add pattern strings to be compared against various fields of the server response.

The Duration Assertion tests that each server response was received within a given amount of time. Any response that takes longer than the given number of milliseconds (specified by the user) is marked as a failed response.

For example, a user request is sent to www.google.com by JMeter and get a response within expected time 5 ms then Test Case pass, else, test case failed.

The Size Assertion tests that each server response contains the expected number of byte in it. You can specify that the size be equal to, greater than, less than, or not equal to a given number of bytes.

JMeter sends a user request to www.google.com and gets response packet with size less than expected byte 5000 bytes a test case pass. If else, test case failed.

The XML Assertion tests that the response data consists of a formally correct XML document.

Steps to use Response Assertion

We will continue on the script we developed in the earlier tutorial.

In this test, we are using Response Assertion to compare the response packet from www.google.com matches your expected string.

Here is the roadmap for this test:

The response assertion control panel lets you add pattern strings to be compared against various fields of the response. 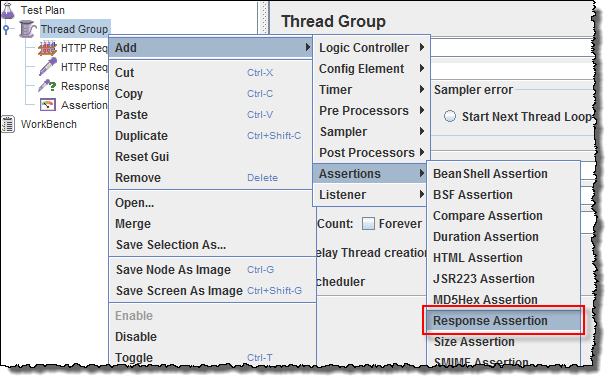 When you send a request to Google server, it may return some response code as below:

Assume that you want to verify that the web server google.com responses code contains pattern 302, 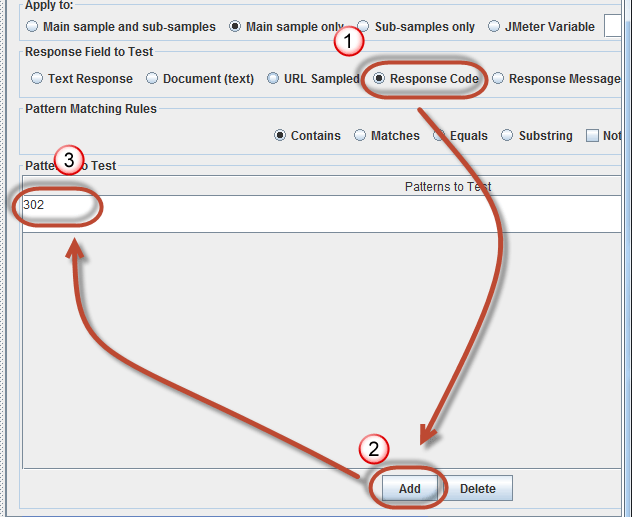 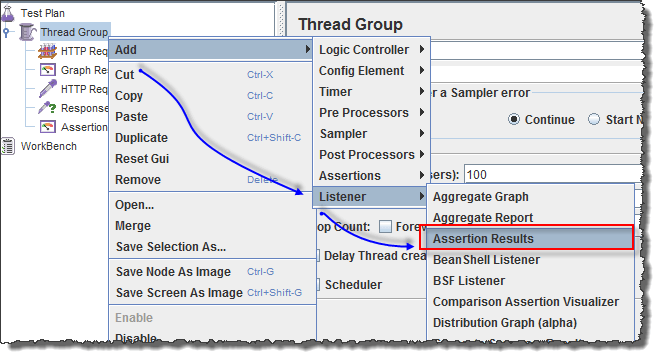 When you ready to run a test, click the Run button on the menu bar, or short key Ctrl+R.

The test result will display on the Assertion Results pane. If Google server response code contains the pattern 302, the test case is passed. You will see the message displayed as follows: 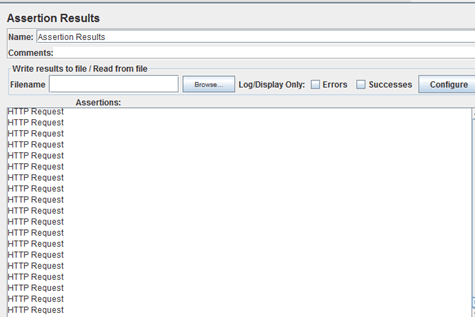 Now back to the Response Assertion Panel, you change the Pattern to test to from 302 to 500.

Because Google server response code doesn’t contain this pattern, you will see the test case Failed as following:

If you face the issue while running the above scenarios … do the following: