The ABAP Query application is used to create reports not already present in SAP system. It has been designed for users with little or no knowledge of the ABAP programming. ABAP Query offers users a broad range of ways to define reports and create different types of reports such as basic lists, statistics, and ranked lists.

Lets look into them in detail:-

The Queries component is used by end users to maintain queries. One can create queries,change queries and execute queries. Transaction SQ01 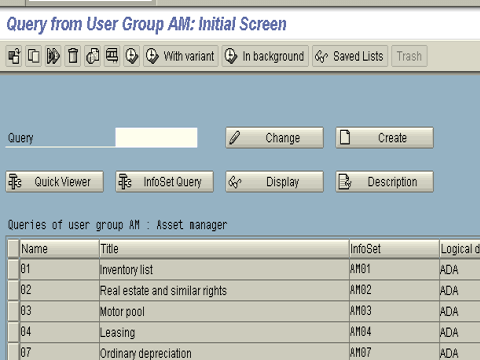 The User Groups component is used to maintain user groups (from a security standpoint).

Users in a user group need to have the necessary authorizations before they are able to change or redefine a query. Every user in a system can be assigned to several user groups.

A lot of texts are generated when defining queries, InfoSets, and user groups. These texts are displayed in the language that we chose when we log on to the SAP system.We can compare the text/languages using this component.

Data can be processed and presented in 3 ways:-

A query can have one basic list , upto nine statistics and upto nine ranked lists.

Step 1. Goto SQ01. Give a name to the query and click on the Create button. 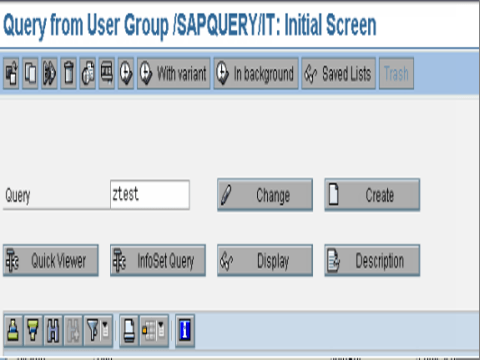 Step 2. Give the description of the query in the next screen. Specify the output length and select the processing option from the Further Processing Options box. The data can be displayed in various formats such as table, download to a file, and display in Word etc. 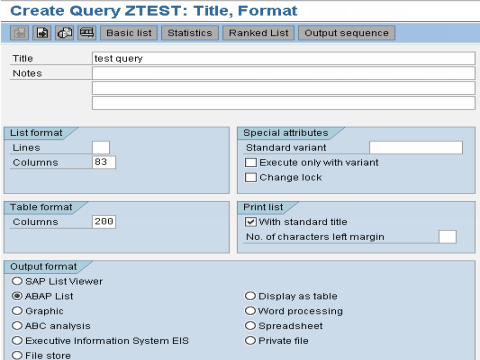 Step 3. Click on the next screen, select the field group to be used. 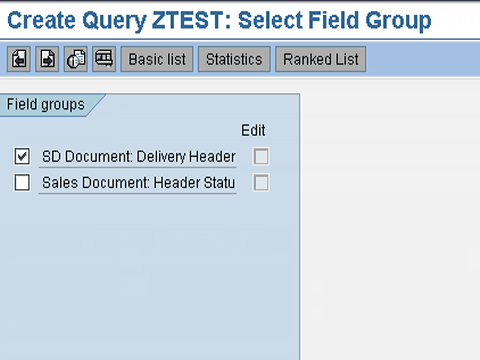 Step 4. Click on the next screen, select the fields you want displayed 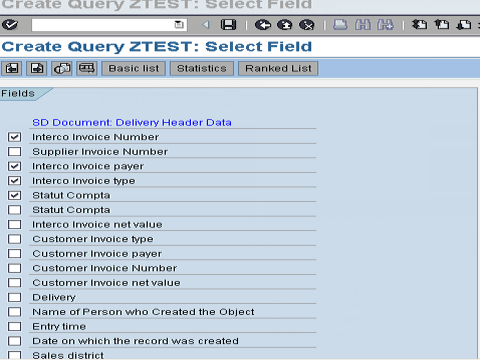 Step 5. On the next screen, select the selection fields and then chose one of the output types ( basic, statistics, ranked ).
In each of the lists, you can select various options.( eg. Sort order of fields, change output length, column color,totals,page header, page footer etc.). 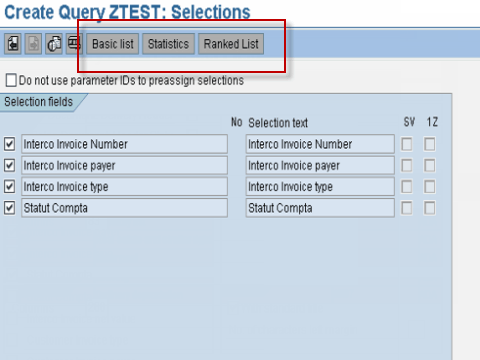 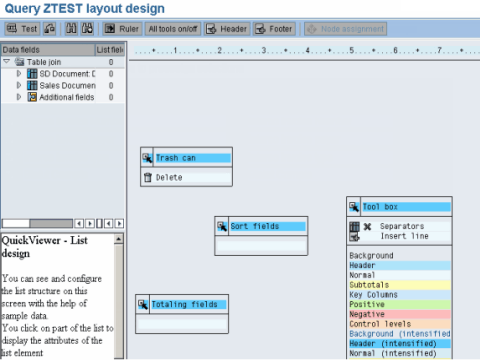 Step 6. After providing all the above options you can save the query and execute it . 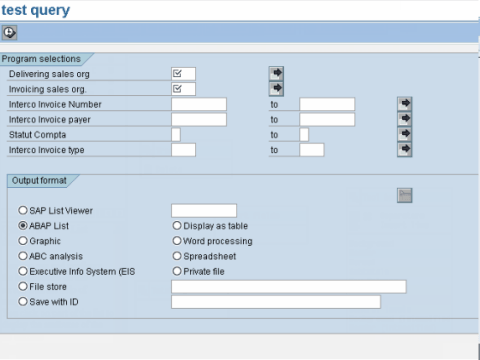