Key Difference Between 32-bit and 64-bit

32-bit is a type of CPU architecture which is capable of transferring 32 bits of data. It is the amount of information which can be processed by your CPU whenever it performs an operation.

In computer architecture, 64 bit refers to the number of bits which should be processed or transmitted in parallel or the number of bits used for a single element in a data format. A 64-bit microprocessor allows computers to process data and memory address which are represented by 64 bits.

Here, are important landmarks from the history of 32-bit processors:

Here, are important landmarks from the history of 64-bit processors:

The difference between 32-bit and 64-bit processors are:

Here are benefits/pros of using a 64-bit processor:

Here are important cons/drawbacks of using a 32-Bit operating system:

Here, are some possible drawback of using a 64-bit processor:

Should I Upgrade to 64-Bit Computers?

If you want to consider replacing your old computers to get better performance, you should better upgrade to 64-bit computers if your software is compatible with a 64-bit processor. 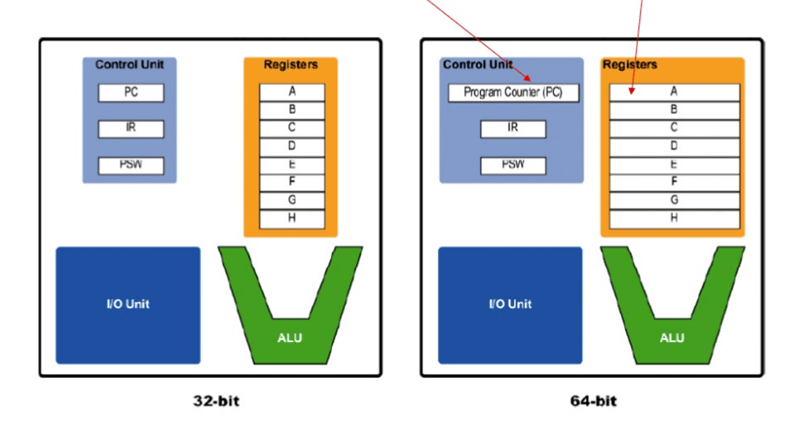