What is Functional Programming?

Functional langauges empazies on expressions and declarations rather than execution of statements. Therefore, unlike other procedures which depend on a local or global state, value output in FP depends only on the arguments passed to the function.

The objective of any FP language is to mimic the mathematical functions. However, the basic process of computation is different in functional programming.

Here, are some most prominent Functional programming languages: 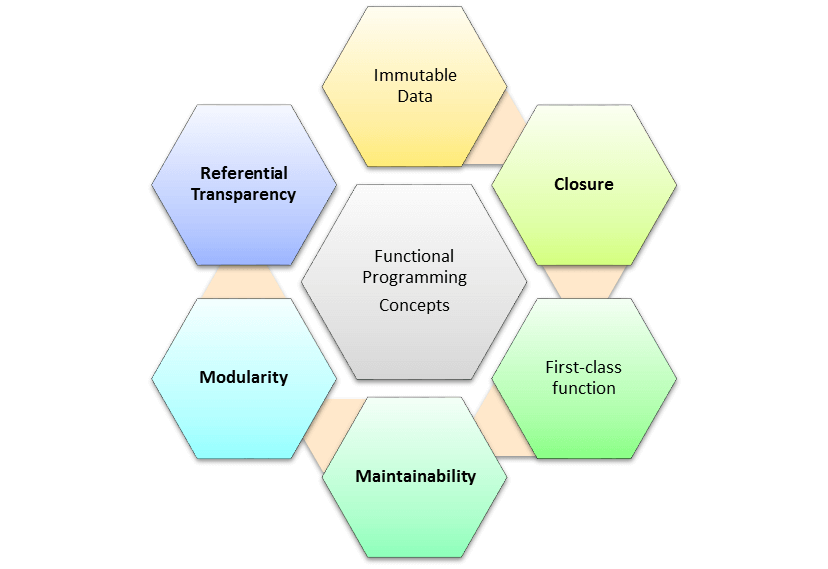 Immutable Data means that you should easily able to create data structures instead of modifying ones which is already exist.

Functional programs should perform operations just like as if it is for the first time. So, you will know what may or may not have happened during the program’s execution, and its side effects. In FP term it is called Referential transparency.

Modular design increases productivity. Small modules can be coded quickly and have a greater chance of re-use which surely leads to faster development of programs. Apart from it, the modules can be tested separately which helps you to reduce the time spent on unit testing and debugging.

Maintainability is a simple term which means FP programming is easier to maintain as you don’t need to worry about accidentally changing anything outside the given function.

Higher-order functions either take other functions as arguments or return them as results.

Higher-order functions allow partial applications or currying. This technique applies a function to its arguments one at a time, as each application returning a new function which accepts the next argument.

A ‘Pure function’ is a function whose inputs are declared as inputs and none of them should be hidden. The outputs are also declared as outputs.

Pure functions act on their parameters. It is not efficient if not returning anything. Moreover, it offers the same output for the given parameters

Impure functions exactly in the opposite of pure. They have hidden inputs or output; it is called impure. Impure functions cannot be used or tested in isolation as they have dependencies.

Function composition is combining 2 or more functions to make a new one.

Shared states is an importance concept in OOP programming. Basically, It’s adding properties to objects. For example, if a HardDisk is an Object, Storage Capacity and Disk Size can be added as properties.

The benefits of functional programming