How to Submit a Form in AngularJS using ng-submit

The processes of submitting information on a web page are normally handled by the submit event on the web browser. This event is normally used to send information which the user might have entered on a web page to the server for further processing like login credentials, form data, etc. The submission of information can be done through GET or POST request.

Let’s take an Angular form submit example to see how to submit forms in AngularJS.

In our AngularJS form submit example, we are going to present a textbox to the user in which they can enter the topic which they want to learn. There will be a submit button on the page, which when pressed will add the topic to an unordered list.

Now, we will see an example of AngularJS form submit from Controller using ng-submit directive:

If the AngularJS form example code is executed successfully, the following Output will be shown when you run your code in the browser.
Output: 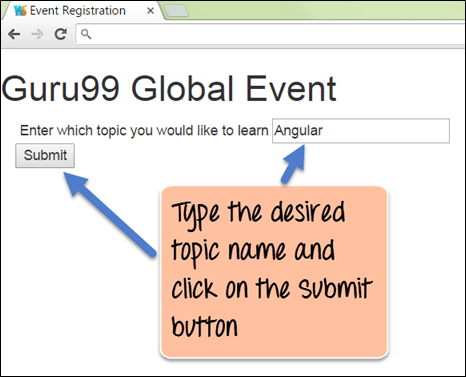 To see the code working, first, enter a Topic name like “Angular” as shown above in the textbox and then click on the Submit button. 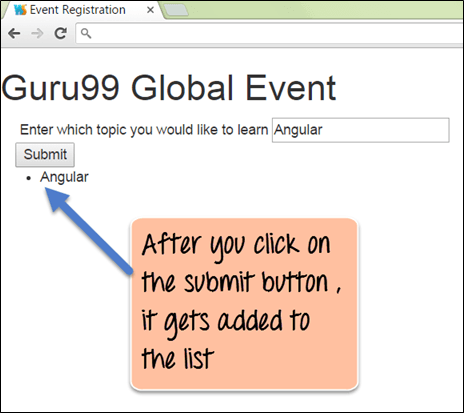