What is a Non-fungible Token (NFT)?

NFTs are cryptographic assets on a digital ledger called the blockchain. NFTs contain unique identification codes and metadata which distinguish them from each other. The acronym of Non-fungible Token is NFT.

In this NFT tutorial, you will learn:

Fungibility is the ability that helps to exchange an asset with a similar asset without losing its value. It defines an asset’s characteristics, like divisibility and value.

For example, one Bitcoin is always equal to another Bitcoin, just like one dollar is equivalent to another dollar. For example, if you lend your friend a $20 note, he/ she does not need to repay that money with the same $20 note – any $20 note will do.

Nonfungible things are not interchangeable and have unique properties. This makes them drastically different, even though they may look similar to each other.

There are several examples of nonfungible items in the real world, such as drama event tickets, paintings, etc. For example, two paintings may look similar, but they may have different levels of rarity. Similarly, front row tickets of theatre are much more valuable than tickets for the back row.

What are the Characteristics of NFTs?

The main characteristics of NFTs are:

NFT tokens have been around for a long time. After Bitcoin was launched in 2009 and the initial explosion in token types like Ethereum, Ripple, Litecoin, etc., many people were looking to innovate on blockchain technology to create newer and more powerful tokens.

Here is a brief history of NFTs:

The earliest non-fungible tokens were colored coins which Yoni Assia first invented in March 2012. These were just small Bitcoin units called satoshi that were “colored” with specific attributes developed using Bitcoin’s scripting language. In this way, satoshi (smallest portion of bitcoin) could represent any asset you can imagine.

Counterparty: It was founded in 2014. It was built on the idea of colored coins to issue non-fungible, and semi-fungible tokens called Counterparty, which supports many features to allow robust asset creation and trading platforms.

In the year 2015, the mobile game Spells of Genesis became the first company to issue in-game assets onto any blockchain. At that time, Force of Will was the fourth most popular trading card game in USA, behind household names such as Magic: Pokémon ,The Gathering, , and Yu-Gi-Oh.

However, blockchain-based game assets would continue to emerge. The major innovation came in 2016 when people started issuing limited edition Rare Pepes on Counterparty, based on the popular meme character Pepe the Frog.

John Watkinson and Matt Hall in June 2017 created CryptoPunks. It was one of the first non-fungible tokens on the Ethereum blockchain. The project was developed by the American studio Larva Labs.

CryptoPunks founders allowed anyone to claim the Punks for free. Different Punk types and attributes have different rarities and certain combinations of rare or desirable traits, which is certainly valuable. 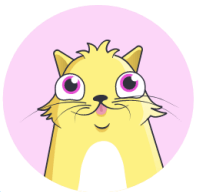 CryptoKitties was founded in October 2017. It was a virtual game that allowed players to breed, raise, and trade virtual cats with unique genomes, which influenced their appearance.

CryptoKitties have now begun to rise exponentially in value, with one CryptoKitty is equal to 600 ETH. The project made appearances on mainstream media everywhere, which includes CNN, CNBC, and the Financial Times.

How do NFTs work?

NFTs are also known as immutable tokens that use Blockchain infrastructure. With the help of this technology, digital storage of all visual, written, and audio works can be achieved. Many NFT tokens are part of the Ethereum blockchain. Ethereum is a currency like Bitcoin and Litecoin as well as an infrastructure to launch your own Blockchain projects. Ethereum also supports NFTs.

NFT has metadata processed with a cryptographic hash function, an algorithm that computes a unique string of letters and numbers. NFTs also help you to create asset interoperability across numerous platforms.

Multiple frameworks across multiple networks exist for the creation and issuance of non-fungible tokens. NFTs are interoperable, which means that they can be exchanged or traded across different exchanges with ease.

Here are some important NFT standards:

ERC-721 is a widely used token standard originally proposed in 2017 and written in Solidity(a programming language) on the Ethereum blockchain. It has the highest standard that helps you to create non-fungible tokens for digital collectibles.

How to Transfer a Non-Fungible Token

You can transfer non-fungible tokens in the same way as cryptocurrencies. Some of them may vary in the degree by which they can be transferred and traded. Most NFTs can be traded within their existing game or created platform. Blockchains help ownership and trading of NFTs easily on open marketplaces.

The blockchain’s open marketplace style helps non-fungible tokens to be transferred in marketplaces. Example in auctions or placed for sale in exchange for cryptocurrency. Blockchain technology creates a digital record of each transaction for the non-fungible asset.

Advantages of NFTS are:

Here are some top NFT Projects:

The NFT world is relatively new. In theory, the scope for NFTs is anything unique that requires provable ownership.

Here are some examples of NFTs that exist today to help you get the idea:

❓ Why are NFTs being valued?

NFT provides the ability to securely value, purchase, and exchange digital art with the help of a digital ledger. NFTs started in online gaming. Later Nike patented it to use for CryptoKicks.Next, Christie’s auction embraced the NFT valuation of a digital art price.

NFTs are created by uploading files, like digital artwork, to an auction market. These types of tokens are not mutually interchangeable, which makes them more like “collectible” items.

⚡ Why are NFTs worth millions of dollars?

Every NFT is different and unique as their unique qualities and authenticity characterize them. These tokens are easily verifiable and can always be followed back to the original creator. Moreover, they can’t be duplicated. Authenticity plays a major role in the rise of NFTs.

🏅 Can you buy NFTs with cryptocurrencies?

Yes, you can buy NFTs with cryptocurrencies like Ethereum, Litecoin, Bitcoin, etc.

🚀 What is the difference between NFT and Internet today?

Here, some important differences between NFT and the Internet today.