QTP or UFT (Unified Functional Testing) Tool is a software Testing tool used for Automation Testing process. It is especially used for "Regression" or "Functional" Testing. Some of the QTP features include

Micro Focus UFT is the last version of QTP; it is a combination of both HP QTP + Service Test. It also supports open source CI (continuous integration) systems like Hudson and Jenkins. Understanding the requirement of phone and tablet, UFT provides an extended support for Mobile testing. With this HP UFT mobile support, it will be able to create mobile platform agnostic scripts. This script which has been developed on iOS can also work on Android.

For any automation tool, an automated testing process should go through the following process 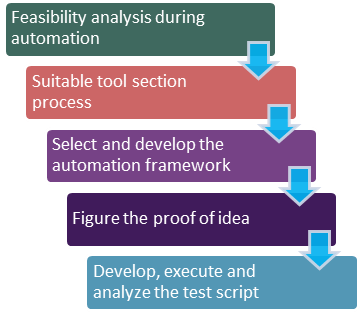 Comparison-QTP vs. Other mobile testing tools

Advantages of QTP or UFT for Mobile testing

If you have segments of code that you need to use several times in your tests, you may want to...

Installing the trial version of HP UFT or QTP from the Micro Focus site is a 2-step process. Part 1)...

What is API Testing? Before Testing API, we need to know about API. An API ( Application...

What is Ordinal Identifier? If mandatory and assistive properties are insufficient to identify an object...