Comparing NordVPN vs ExpressVPN, both are well-known and popular VPN providers. Here are the key differences between NordVPN and ExpressVPN:

NordVPN is a Virtual Private Network software for an anonymous and safe browsing experience. It does not track, collect, or share your private data. It is available for Android, iOS, Windows, macOS, and Linux. This VPN enables you to enjoy a fast connection without buffering. You can use it to have secure access to messaging platforms, streaming websites, and social media sites.

ExpressVPN is a Virtual Private Network service that secures your Internet browsing against three-letter agencies and scammers. It offers unlimited access to music, social media platforms, and videos. This VPN application does not log IP addresses, browsing history, DNS queries, or traffic destination.

NordVPN has some noticeable features like a double VPN system and Onion over VPN (privacy solution). But unfortunately, this application it is not good for use as its server was hacked previously.

NordVPN offers a couple of features that are not available in ExpressVPN. These functionalities are used by numerous users.

ExpressVPN logs a very minimal amount like date of connection and choice of server. This information does not put you at risk. It also does not store any other data.

NordVPN application uses an open-source protocol with WireGuard. On the other hand, ExpressVPN has opted for a self-developed Lightway protocol that is not being used by anyone else. The problem with this protocol is that it is not integrated into the kernel like WireGuard is with Linux.

Both VPNs have clear and simple to understand logging policies. Therefore, these Virtual Private Networks services have good transparency.

Here is the important difference of security and encryption features between ExpressVPN and NordVPN.

The speed of VPN is crucial to connect servers in a specific country. Here, both providers performed well. Both VPN are making proprietary protocols available for their users.

NordVPN and ExpressVPN both offer consistent low ping. These applications work well for gaming and do not have latency during gameplay.

Both NordVPN and ExpressVPN offer protection against Distributed Denial of Service (DDoS) attacks. These attacks are common in gaming and often occur when one player tries to overload the server of a challenger. You can use both VPNs to stay safe from these attacks and therefore causing no problem to gamers.

Overall, ExpressVPN and NordVPN deliver fast connections that are more than capable of matching domestic lines.

NordVPN Vs. ExpressVPN with Netflix and Streaming

The use of VPN is getting increased to access geo-blocked streaming services like Netflix and YouTube. However, the plus point of this VPN is that it can unblock BBC iPlayer. 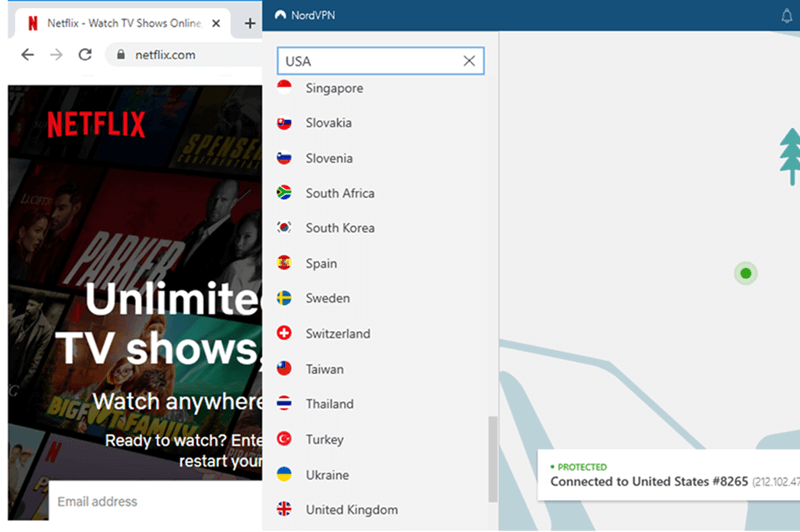 NordVPN Vs. ExpressVPN: Torrenting and P2P

Torrenting without using a Virtual Private Network exposes your IP address to everyone. VPN is a safety solution for you in torrenting activity.

ExpressVPN and NordVPN both offer good P2P functionality. But ExpressVPN supports P2P sharing on all its servers and has no bandwidth restrictions. It offers a hassle-free kill switch feature that is useful when your Internet connection drops. 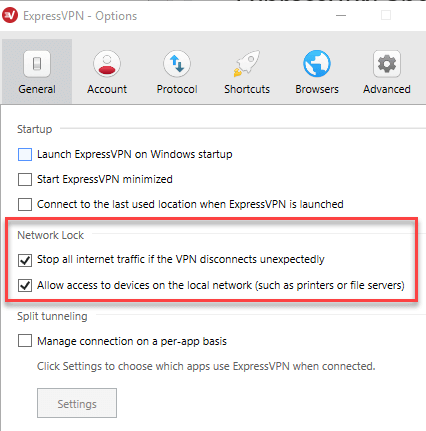 On the other hand, NordVPN does not support P2P on every server. However, it can detect the torrenting person and will switch you to a server that supports it with no hassle. 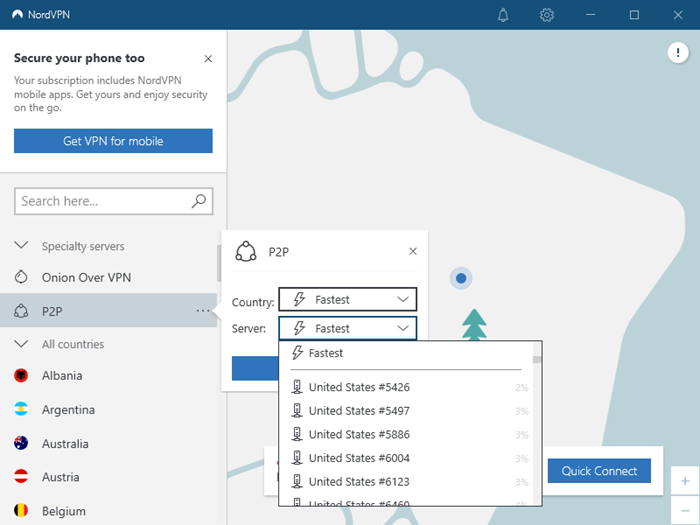 NordVPN is affordable compared to ExpressVPN, especially for long-term subscriptions. NordVPN price for one month is $11.95, while ExpressVPN is $12.95.

The price of NordVPN for 1 year is $4.92. The same for ExpressVPN is $8.32 for 12 months. This comparison shows that NordVPN is cheap.

The difference table below shows the clear comparison of other plans, pricing, and trials between ExpressVPN and NordVPN.

It is a big concern to stay safe when you connect on public Wi-Fi, especially for the people who often use public transport or works in cafes. This need can be fulfilled with VPN mobile apps.

The application of NordVPN is powerful and provides you full-featured functionality available for Android as well as iOS devices. This application supports the NordLynx protocol, which makes it a good standout feature.

ExpressVPN application is also well-featured with the availability of a selection of protocols and a clear layout. It is easy to operate ExpressVPN on your tablet or mobile than on your desktop. 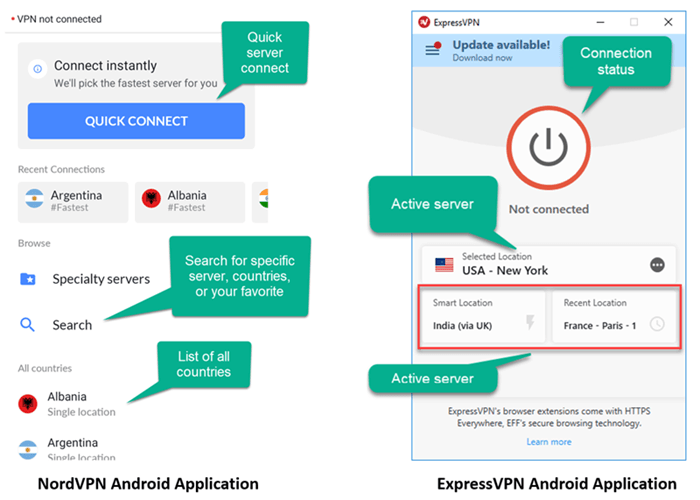 ExpressVPN and NordVPN applications offer good features to users. However, there is a big difference in this category.

ExpressVPN offers the basic VPN service. It provides you a user-friendly VPN app. The main feature you have to consider while using ExpressVPN is the split tunneling option. This will enable you to route several apps over an unencrypted Internet connection. 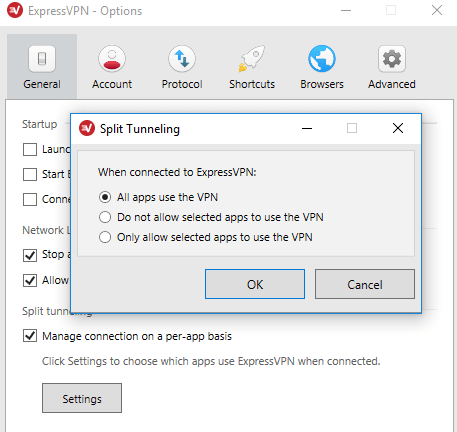 As you can see in the following screen, NordVPN also offers the same feature:

NordVPN offers servers for different use cases. This functionality is lacking in ExpressVPN.

NordVPN has the following features:

NordVPN has some other useful feature called CyberSec. This functionality can block trackers, phishing domains, and ads from infecting your device.

It is easily enabled directly in the NordVPN app as shown in the following screen:

NordVPN is a good choice to block unwanted advertisements and malicious websites. The big advantage with CyberSec is that it works for your entire operating system when you turn on the VPN. However, you will not be able to see such features on ExpressVPN.

Here are the benefits of NordVPN WireGuard:

NordVPN has more impressive and useful features compared to ExpressVPN. Therefore, it is preferable that you use it.

ExpressVPN and NordVPN both have good customer support. Both offers live chat and email facility on their sites. It has a staff with knowledgeable experts. However, ExpressVPN is faster to connect.

NordVPN in Panama: Panama is not a member of 14 eyes countries.

It is generally a good offshore jurisdiction that is safe from European and US influence.

It is a free and independent country. ExpressVPN has its own judicial and legal system, despite the historical ties to Britain. 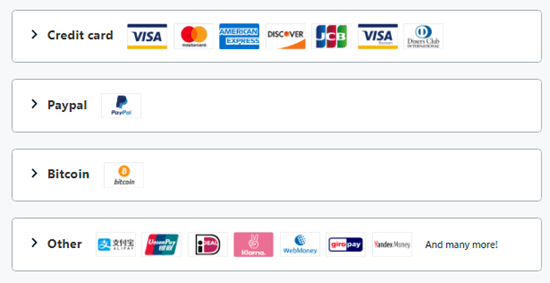 NordVPN provides the same facility, but it provides more cryptocurrency options like Ripple and Etherium. This is a major advantage of NordVPN over ExpressVPN. 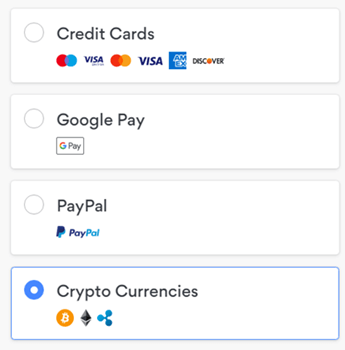 ExpressVPN Vs. NordVPN: Which is better?

The following summary table describes which VPN is better.

❓ Why are VPNs used?

Here are the advantages/pros of using VPN:

Yes, VPN is the safest and strongest way to mask IP addresses. It enables you to effectively hide your IP without any hassle. VPNs have good security features that keep you anonymous while surfing the Internet. Virtual Private Network opens the areas of the Internet that are blocked due to geo-restrictions.

Yes. Windows 10 has a built-in VPN feature. You can use it to create VPN connections and schedule your computer to auto-connect to VPN.

🚀 Has ExpressVPN or NordVPN ever been hacked?

There are very few reports of ExpressVPN or NordVPN ever been hacked. Both VPNs have no leaks, privacy scandals, or data breaches. Moreover, These Virtual Private networks do not log any identifiable data.

❗ Can NordVPN be tracked?

The no-log policy of NordVPN depicts that it does not track your IP addresses, servers, and websites you have visited or downloaded. Further, it does not record any duration of your online session.

👉 How to test your VPN is working?

Perform the following steps to test your VPN:

💻 Which NordVPN servers work with Netflix?

❓ How to install ExpressVPN on Firestick?

Here are the steps to install ExpressVPN on Firestick: a

Step 1) Download and install ExpressVPN app in your TV.

Step 3) Sing in to ExpressVPN app.

Step 5) Connect to the nearby ExpressVPN server. The VPN will remain connected in the background while you use other applications.

Obfuscated servers are specialized servers that hide your private information using VPN to reroute your Internet traffic. They allow you to connect to Virtual Private Networks even in a heavily restrictive environment.

Both NordVPN and ExpressVPN allow users to access obfuscated servers to increase online privacy. This function is built into the applications for both services.

🏅 Do you need to keep a VPN on all the time?

VPNs are a good choice to stay protected while surfing the Internet. Therefore, you should leave it on all the time to prevent data leaks and cyber-attacks. VPNs encrypt all the data passes to your network. Therefore, it is impossible for the IPs and governments to see your personal details.

🚀 What are the types of encryption protocol?

VPN Encryption Protocol is a set of processes and instructions between the server and the client. It is used to make a secure online connection.

Here are the types of encryption protocol:

❗ What are the factors that affect your Internet speed while using a VPN?

Here are the factors that affect your Internet speed while using VPN: